admin
Those fortunate enough to witness Michael Clarke’s debut Test innings lay emphasis on using one word: he soared. It was nothing short of the joyous yet calculated flight of a bird: it could well have been a page from Jonathan Livingston Seagull. He later went on to score a hundred on his first Test at home as well.
Triple-centurions are rare to come by; not only did Clarke add three double-hundreds to his unbeaten 329 in his magic year of 2012, but also he scored 1,595 runs at 106.33. None of these performances probably matched the 176-ball 151 he had pulled off at Newlands the previous year; captaincy suited him better than it had most men.
A delight to watch when in full flow, Clarke is that amazing mixture of technique, grace, versatility, and determination that distinguish great batsmen from good. Yet another product of the New South Wales battalion, Clarke has more than lived up to the high standards set by the state over decades.
Unfortunately, his two brushes with cancer — prostate and skin (the second one ensuring he had to adorn a floppy had instead of the Baggy Green while fielding) — had taken away crucial years of his career.
Also a more-than-effective left-arm bowler in his early days, Clarke was used mostly as a partnership-breaker; be it his six for nine on a rank turner at Wankhede or his decisive last over at Sydney in 2007-08, Clarke’s seemingly innocuous bowling has always been a thorn in Indian flesh. Unfortunately, he had to give up bowling following a string of injuries, and his fielding is not as electric as it used to be.
The transformation had taken its time, but the blue-eyed, blonde-haired, chocolate-faced boy of yesteryear (also a craze among women, especially models) eventually turned into one of the most feared batsmen in world cricket.
Taking over from Ricky Ponting after the domination of the Australian heroes of the 2000s was always going to be difficult, but Clarke rose to the task in style. It took him a couple of years to modify a team of dreamy-eyed youngsters to a bunch of ruthless champions, but it has worked in the end. Australia are on the ascent again. 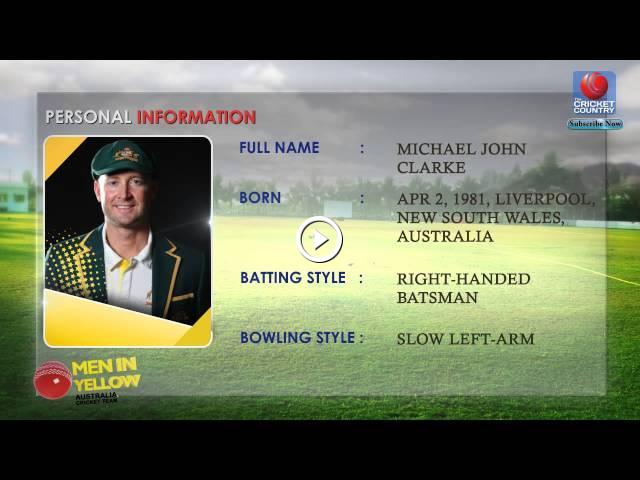 Those fortunate enough to witness Michael Clarke’s debut Test innings lay emphasis on using one word: he soared. It was nothing short of the joyous ye...