admin
You may have read a few weeks back that ‘Fakir Of Venice’ was supposed to be actor-filmmaker Farhan Akhtar’s debut film before it got stuck and Farhan debuted with ‘Rock On’ and the trailer of the film is finally out.

Set in India and Venice, the film revolves around Farhan’s character Adi Contractor, who is a sort of ‘jack of all trades’, who agrees to conduct a search for an authentic Indian fakir as demanded by an Italian art gallery which wants to make an installation on the intriguing Indian figure. Farhan’s search takes him to India, where after a fruitless search, he comes across an alcoholic man (Annu Kapoor), who claims to be a fakir. Farhan takes him all the way to Venice and all hell breaks loose once they land there, forms the rest of the plot.

At the outset, we must say that Farhan looks supremely confident in what was technically his first film and manages to hold his own even during scenes featuring the immensely talented Annu Kapoor. Though the trailer starts off as a hilarious con caper, it soon becomes evident that the film is something more than that as it explores human relationships.

The film has been helmed by Anand Surapur based on a screenplay by Rajesh Devraj. 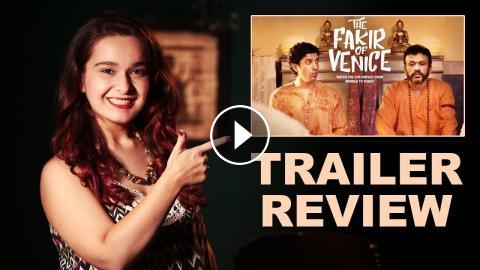 You may have read a few weeks back that ‘Fakir Of Venice’ was supposed to be actor-filmmaker Farhan Akhtar’s debut film before it got stuck and Farhan...