admin
Yuvraj Singh will probably remain one of the unsolved enigmas in Indian cricket. For a man who was once hailed as the next big name in Indian cricket, Yuvraj never lived up to the expectations at the Test match level.
Batting against spin, particularly quality off-spin, was his Achilles’ heel, while lack of consistency in the longest format and the presence of batting heavyweights like Sachin Tendulkar, Rahul Dravid, and VVS Laxman meant that it became extremely difficult for him to break through. Yuvraj arrived with a rollicking hundred at Gaddafi in his third Test, forcing India to open with Parthiv Patel to accommodate him in the side. But he could not produce the desired numbers at regular intervals to command a Test spot.
There are few sights more attractive in world cricket than a Yuvraj in full flow. The sweetest of timers, Yuvraj’s most picturesque strokes race along the ground or over it through the cover or mid-wicket — or, in cricketing terms, the 45° area. His penchant for big hits is well-known — as Stuart Broad had found out the hard way in the 2007 World T20 when he was taken for six sixes in a six-ball over. Yuvraj reached his fifty in 12 balls that day — the quickest by any batsman in any international format of the sport.
Once an electric fielder who manned point or cover-point as prolifically as anyone in the history of Indian cricket, Yuvraj’s reflexes slowed down with age. His left-arm spin was more than handy, as Kevin Pietersen would agree.
Few have dominated a World Cup more than Yuvraj had done in 2011: it came as a surprise to no one when he was named the Man of the Series. Following the tournament, a carcinogenic tumour was diagnosed in his left lung. The entire nation prayed for him as he battled the Big C. Yuvraj not only overcame the dreaded disease but made an emotional and successful comeback at the highest level 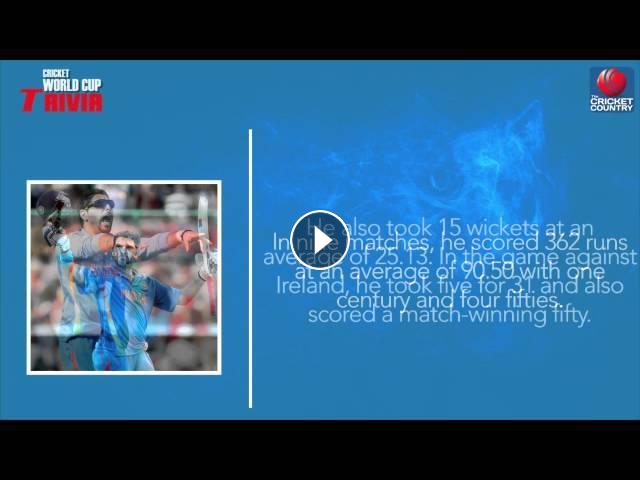