The comedy show is on a roll and on this Holi weekend, the show will be a one hour special. Comedy Nights with Kapil will see a special performance by Kailash Kher, who will enter the stage humming some of his popular numbers.

The makers will set up a boxing ring on the stage to introduce their next guest, Niketin Dheer. The actor-body builder, who will soon be seen on Khatron Ke Khiladi 5, will have a boxing match with the members of the house and will obviously defeat them. Now wouldn't that be interesting to watch.

The next performance will be by Mouni Roy, last seen as Sati on Devon Ke Dev Mahadev. The actor-dancer will groove along with choreographers Terence Lewis and Remo D'Souza. This will be the first time Remo and Terence would appear together after judging Dance India Dance.

All in all, this Holi special episode of CNWK on Colors is going to rock as hell. And we surely wouldn't want to miss it, no 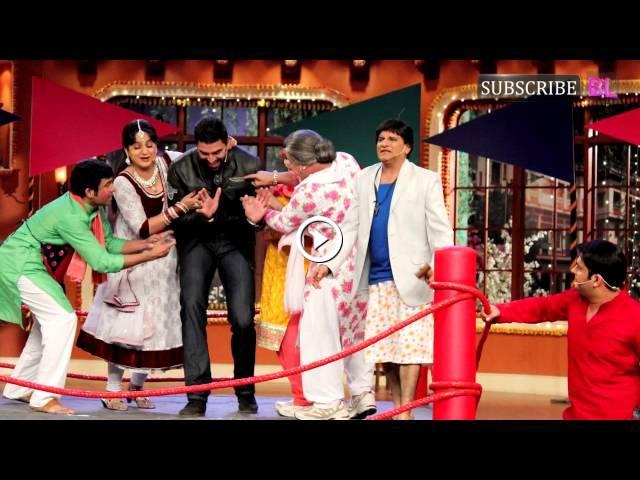 Mouni Roy dances with Terence Lewis, Remo D'Souza on Comedy Nights Holi special by www.bollywoodlife.com The comedy show is on a roll and on this Holi...