Cricketers Yuvraj Singh and Harbhajan Singh shot for a special episode of Comedy Nights with Kapil on June 3. A source close to Kapil Sharma confirmed that the trio had a blast shooting for the episode.

Kapil also posted on his Facebook account, "Superrrrrbbbbbb shoot with both my brothers Yuvraj singh n Harbhajan singh.. Lots of love n best wishes (sic)." A little birdie from the sets also told us that Bhajji (as Harbhajan is fondly referred amongst friends) sang for the audience along with the show's host, Kapil Sharma.

Besides that the two Punjabi hunks also shook a leg to entertain the audience. Also, while the three boys played cricked on the sets of CNWK, Navjot Singh Sidhu shared his fond memories with the young cricketers.

Veterans like Virender Sehwag, Sunil Gavaskar and Kapil Dev in the past have also been a part of the comedian's show. From what we have seen so far, these episodes with cricketers are quite entertaining. With three Punjabi mundas under one roof we are pretty sure that the trio is going to bring the house down 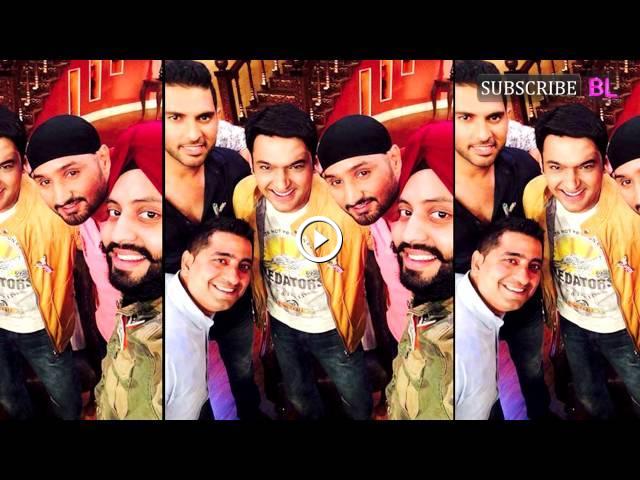