admin
Kapil Sharma's show Comedy Nights with Kapil to air only once a week?
by

Kapil Sharma, the host and producer of popular TV show Comedy Nights with Kapil, is set to embark on a movie career and he says the show would have to revert to its one-episode-per-week format due to time constraint. Kapil will make his film debut with Yash Raj Films' (YRF) Bank-Chor, which will go on floors in April.

"By now, somehow managing my schedules has become a habit for me. I am talking to you early in the morning after having worked on my show for 36 hours. Doing two episodes every week means I've to provide at least 70 minutes of content every week.

"It's not easy to think up funny gags every 10 seconds. We can't afford to let our audience get bored for even a few moments," said Kapil. Given the time constraints, he says he has to cut down his television show by half.

"I didn't want to just carry over my 'Comedy Nights' image into my movie career. When I heard the script of Bank Chor, I was completely taken up. It allows me room not only for comic scenes, but there is also an element of seriousness in the story," he said.

Directed by Bumpy, the film unfolds the story of three people who pick a wrong day to rob a bank. What happens when the trio is caught in a crossfire of cops, industrialists and corrupt politicians, forms the rest of the story.

"It's basically the story of the guys. So, the male casting is being done first. I am happy that I'd be making my film debut with Yashraj Films. I grew up watching their films. I never dreamt I'd be part of a Yashraj film one day," he said 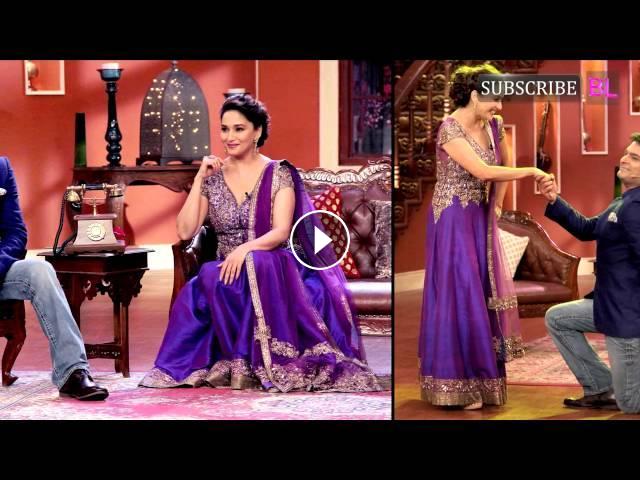