Recently the Gunday trio of Arjun-Ranveer and PC was on the sets of Kapil Sharma's Comedy Nights with Kapil and looking at the pictures, we must say that they had a helluva time on the show.

The episode featuring the three is going to have a tadka of romance, drama and action, Dazdi will be seen romancing the two handsome hunks, and yes, the famous shagun ki pappi won't go amiss.

However, Ranveer, will be the lucky one to get a double pappi from both Dadi and his Gunday co-star, Arjun Kapoor.

PC too looks stunning in her outfit and will be seen shaking a leg with the members of the audience.

We are really looking forward to this energetic episode! 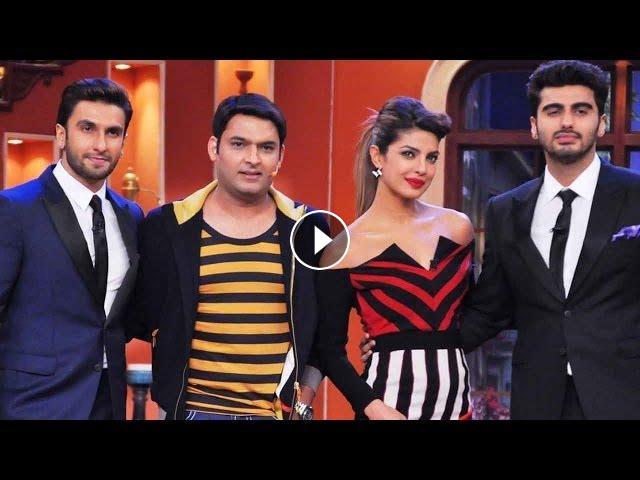 Comedy Nights with Kapil: Ranveer Singh, Arjun Kapoor and Priyanka Chopra add romance, action and drama to the show by Recently the Gunday trio of Arj...