Lata Mangeshkar to appear on Comedy Nights with Kapil

admin
Lata Mangeshkar to appear on Comedy Nights with Kapil
by

The veteran singer has agreed to grace the comedy show with her presence. Read on to know more.

We all know that the legendary singer has been an ardent fan of Indian television shows, and CID and Bade Acche Lagte Hain, has by far been her two most favourite shows. Not too long ago, the legendary singer praised Kapil Sharma's Comedy Nights with Kapil and also complimented Kapil's comic timing in the past.

May be this is the reason for why she has agreed to make an appearance on the funny man's show. Though the shooting will not be happening this month as Lata Didi is busy with her prior commitments, but she will most probably shoot for her episode in the month of May. Confirming the news the comedy show host said, "Initially, she said, 'Main kya karungi show mein?' I assured her there would be no normal tomfoolery that Daadi and other characters do on my show. Lata Didi said, 'No no, I want all that. It seems great fun."

Many must be aware that in the latter part of 2013, the veteran singer had invited the cast of the detective show CID to celebrate their success and a long run on Indian television. She was seen laughing and cracking jokes with the actors of CID - Shivaji Satam, Dayanand Shetty, Dinesh Phadnis and Aditya Srivastava. The singer even made her fondness for Kapil evident when she wished him on his birthday recently. Kapil confirmed this news with a lot of excitement, "Lataji called me and said that she has a gift for me. Lata ji is like goddess Sarawati for all of us across India. It was a great day for me." He further added, "I am on the seventh heaven."

So BollywoodLifers, are you excited to the see the Nightingale of India on CNWK

Lata Mangeshkar to appear on Comedy Nights with Kapil 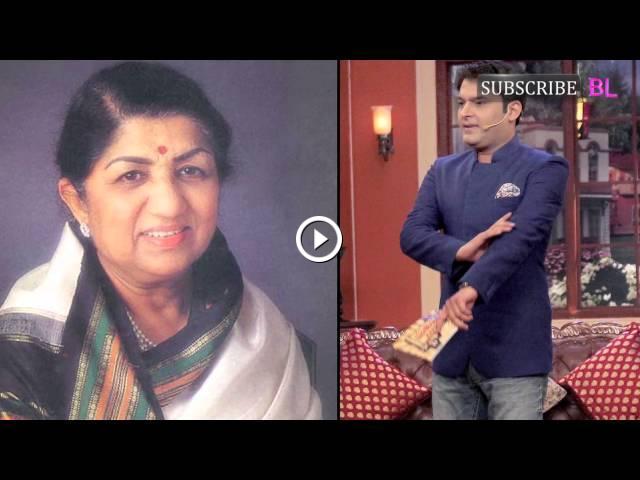 Lata Mangeshkar to appear on Comedy Nights with Kapil by The veteran singer has agreed to grace the comedy show with her presence. Read on to know mor...