Grover, who called it quits from CNWK due to remuneration issues is finally back on the show

Fans were delighted when it was announced that Sunil Grover is all set to make a comeback on Kapil Sharma’s popular show, Comedy Nights with Kapil. And guess what? It has finally happened! Sunil shot for the show day before yesterday. Many of you might know this, but Grover’s comeback wasn’t a cakewalk as his shoot was cancelled twice.

As we had told you earlier, Sunil will not be resurrecting the character of Gutthi on the show. Instead he will be playing different characters, first of which is Manju’s (Sumona Chakravarty) father. We have come across a picture of him in that look and we must say, he is looking quite hilarious. Looks like he is all set to leave the masses in splits yet again with his funny act.

All said and done, we absolutely can’t wait for this episode to hit the television screens. Mutual feelings, BollywoodLifers 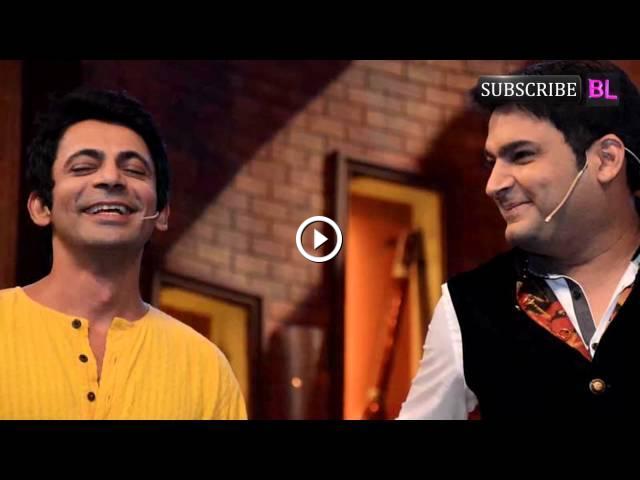 Revealed: Sunil Grover’s new look for Kapil Sharma’s Comedy Nights with Kapil! by Grover, who called it quits from CNWK due to remuneration issues is ...