After working together in Rowdy Rathore, Joker and Once Upon Ay Time In Mumbai Dobaara, Akshay Kumar and Sonakshi Sinha have teamed up yet again for AR Murugadoss's directorial venture Holiday: A Solider Is Never Off Duty. Produced by Vipul Shah, the film will hit the theatres on June 6 but it has already created great buzz. The trailer and songs which have released so far of have received a positive response but we know that doesn't guarantee box office success. But we tell you why Khiladi Kumar and Ms Sinha's new film looks promising:

Firstly, the Dabangg babe will be seen a completely new avatar. Sona is playing a boxer in Vipul Shah's Holiday: A Solider Is Never Off Duty. Isn't that interesting? From rowdy to girl-next-door to village belle, this starlet has played all of kinds of roles and quite effortlessly. So it would be super fun to watch Sonakshi get all sporty and pack a punch. Someone is giving the Khiladi of Bollywood competition, hai na?

Second of all, this film has been helmed by none other than AR Murugadoss who actually started the trend of Rs 100 crore club in Bollywood with Aamir Khan starrer Ghajini. Interestingly, Khan's 2008 hit film was the remake of Tamil film Ghajini which was directed by Murugadoss himself. Akshay and Sona's film is also a remake of Tamil blockbuster film Thuppakki which again was made by Murugadoss. So chances are pretty high that this the talented filmmaker will hit the bullseye this time too.

Lastly, wethinks it's the lead of Holiday which will work wonders for this action thriller. There is no doubt about the fact that Akshay and Sonakshi look great together onscreen. Remember the special song Har kisi ko nahin milta from Boss which featured these two actors? Aww they looked super cute together, no? And from whatever little we have seen of Holiday, wethinks this duo will certainly charm the audience with their hatke chemistry. 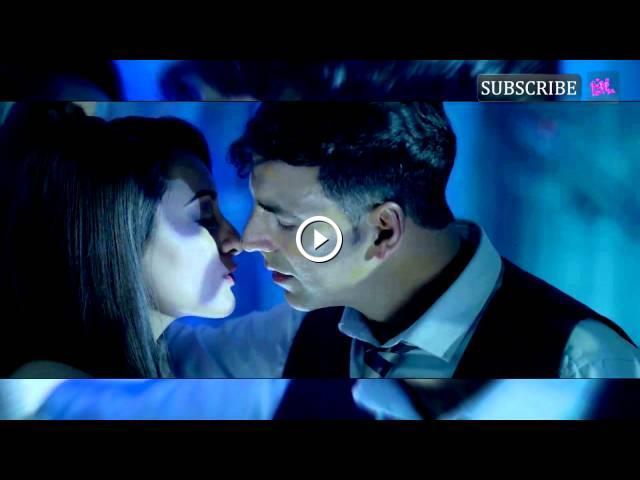 Will Akshay Kumar and Sonakshi Sinha repeat Rowdy Rathore success with Holiday by After working together in Rowdy Rathore, Joker and Once Upon Ay Time...