admin
Were Rani Mukerji and Aditya Chopra already married
by

While everyone is celebrating the marriage of this top producer to once reigning queen of Bollywood, there are rumours doing round that the couple was already hitched

Rani Mukerji and Aditya Chopra have finally come out in the open about their relationship. The newly wedded couple have made it official. Family, friends and home production Yash Raj Films have issued statements congratulating this new husband-wife of B-town. But gossip suggests that this couple made their commitment official way back in 2012, however refrained from making it public due to personal issues. According to a popular gossip website, the duo took of for their much talked about London holiday immediately after their wedding during Jab Tak Hai Jaan. They also suggest that the couple decided to keep the good-news under wraps due to issues that Aditya Chopra had with his ex-wife Payal. Apparently, Yash Chopra's untimely death was another reason that the couple refused to open up about their marital status. It seems that Rani-Aditya are now planning to start a family and hence decided to go public.

While everything is being speculated and stories of Rani's father Ram Mukerji's deteriorating health condition prompting the move are making rounds. The couple apparently planned the date keeping in mind that Ms Mukerji's birthday falls on March 21, while Aditya's birthday happens to be on May 21 and hence they zeroed down on April 21 to announce their wedding.

Well, all we can say is now that the couple is officially and finally hitched why dig out past and make this special moment for them less joyous. Instead we are all ears if a little birdie chirps to us anything and everything about the big fat starry Mumbai reception (if there is one), hai na BollywoodLifers 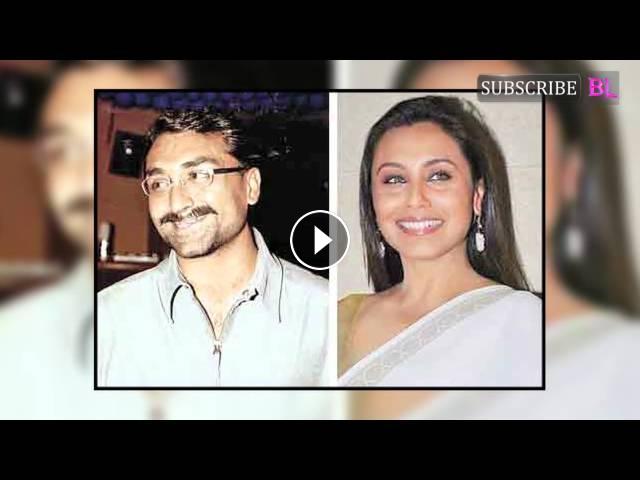 Were Rani Mukerji and Aditya Chopra already married by While everyone is celebrating the marriage of this top producer to once reigning queen of Bolly...