Rani Mukerji, who tied the knot with filmmaker Aditya Chopra in a hush-hush wedding in Italy on April 21, was spotted for the first time yesterday (May 29) post the marriage.

Wearing a red Sabyasachi Mukherjee suit at the store launch of YRF's clothing line Diva'ni, Rani was glowing and how. A stark contrast to her onscreen Mardaani avatar, this petite beauty happily posed for the shutterbugs with her mother-in-law Pam Chopra. With those red bangles, sindoor (vermillion) on her forehead, a huge solitaire ring and the shakha-pola (red -- white bangles), the Talaash actor was flaunting her marital status and we totally adored it!

Incidentally, the first look of her upcoming film, Mardaani was also revealed yesterday. In the film, the Rani is playing the character of a Dabangg female cop. This film directed by Pradeep Sarkar, will show Ms Chopra as a dashing cop. We also hear that the Chopras are yet to finalise if Rani's name in the credits will remain Mukerji or will be officially announced as Ms Rani Chopra. 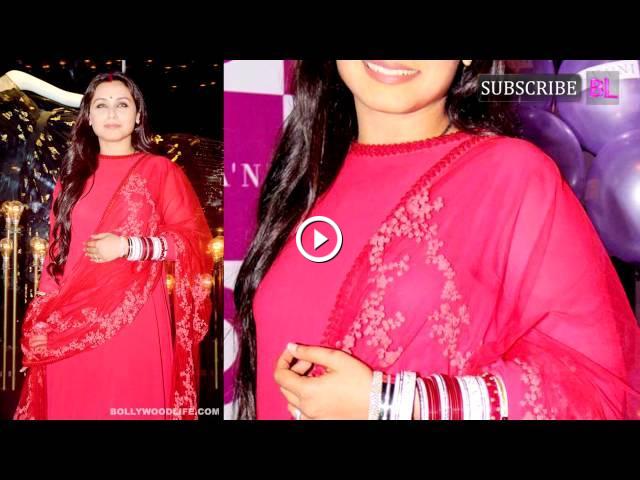