We expected the Rani-Aditya shaadi would be a grand affair. So their secret wedding in Italy without band baaja and baaraat has indeed surprised us. But what's interesting is that a certain Khan knew all about this Italian wedding. That's what we have heard...

The news of the hour is -- Rani Mukerji and Aditya Chopra finally tied the knot in Italy last night. Since reports were doing the rounds that this couple was planning to get married in Jodhpur on February 14, their secret destination wedding has taken aback many including media people. While most of us had no clue about Rani and Adi's shaadi plans, we hear Shahrukh Khan was well aware about the Mukerji-Chopra wedding. Considering that Khan has been Yash Raj Films blue-eyed boy forever and is also close friends with his Veer Zara co-star, this piece of information, if true, isn't that shocking, hai na? Also, SRK and Aditya have been friends ever since they worked together in Dilwale Dulhania Le Jayenge which was latter's directorial debut. As for Rani, the Bong beauty has always been vocal about her fondness for King Khan and how the two share a great rapport. The fact that the Happy New Year actor is close to both -- Rani and YRF head honcho is enough to explain why SRK was the only one to know about their private wedding affair. This grapevine could be completely false but then we also know there is no smoke without fire, right Bollywoodlifers?

If Shahrukh knew about Rani and Aditya's marriage, was he invited to their special day? If he was, did Gauri Khan's hubby graced the blissful occasion? Something we are curious to know 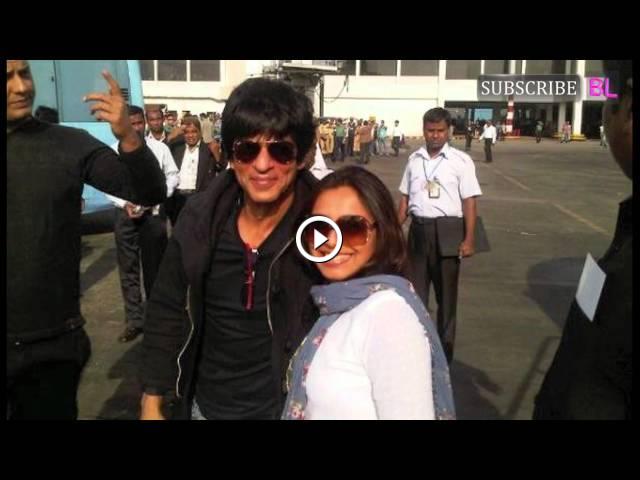 Shahrukh Khan the only celebrity to know about Rani Mukerji-Aditya Chopra secret wedding by We expected the Rani-Aditya shaadi would be a grand affair...