admin
Dil VIl Pyaar Vyaar (2002): Three friends Hrithik, Krish and Dev unaware of each other's presence, meet backstage just before the start of a singing contest. Hrithik wants to impress his girlfriend and his father with his performance. Dev wants to inspire his girlfriend's psychosomatically ill brother Gaurav, to start living normally. Krish's intention behind participating in the event is to cajole his superstar wife Raksha to come back to him. Watch to know who wins the competition and achieves his goal?
SUBSCRIBE for the best Bollywood videos, movies and scenes, all in ONE channel .
Like, Comment and Share with your friends and family. Watch more Bollywood videos and movies starring your favourite celebrities like Amitabh Bachchan, Raj Kapoor, Dharmendra, Zeenat Aman, Vidya Balan, Govinda, Salman Khan and many more, only on
Facebook -
Twitter -
Google+ -
Pinterest - 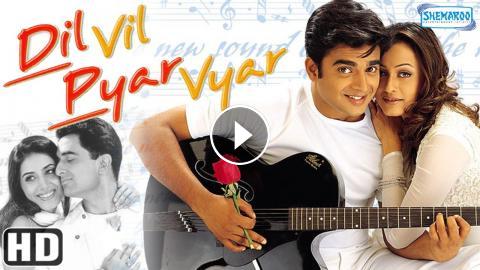