admin
Download the app now and share it with all the asli fans
Give a missed call on 18002665151
www.shemaroome.com
Ravi (Jimmy Sheirgill), Shiv (Kabir Sadanand) and Sunny (Farid Amiri), three final year students from a Delhi Mass Com College decided to make their diploma film about a myth which was prevalent in the northern hills of India. But, they did not know that the myth would turn out to be the truth.
Ravi planned the trip against the wishes of his girlfriend Rashmi (Kim Sharma) and college professor Saxena (Ahmed Khan) as both of them thought it to be a dangerous trip. However, Sunny eagerly joined the trip considering it as a fun trip. It was surely fun when they began ... But as they got deeper into the jungle their courage and beliefs were put to test.
SUBSCRIBE for the best Bollywood videos, movies and scenes, all in ONE channel .
Like, Comment and Share with your friends and family. Watch more Bollywood videos and movies starring your favourite celebrities like Amitabh Bachchan, Raj Kapoor, Dharmendra, Zeenat Aman, Vidya Balan, Govinda, Salman Khan and many more, only on
Facebook -
Twitter -
Google+ -
Pinterest -
SUBSCRIBE for the best Bollywood videos, movies and scenes, all in ONE channel .
Sign up for Free and get daily updates on New Videos, exclusive Web Shows, contests & much more
Send us your feedback and suggestions at : [email protected] 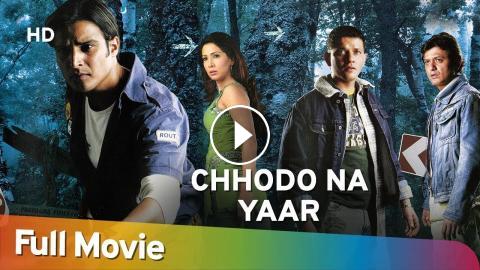 Download the app now and share it with all the asli fansGive a missed call on 18002665151 www.shemaroome.comRavi (Jimmy Sheirgill), Shiv (Kabir Sadana...