SHAKEELA is a woman-centric film, inspired on a true story of a well known adult star of the South Indian Film Industry who rose to fame in the 1990’s because of her portrayal of a sex siren as she did umpteen porn films that had an audience of its own. In fact her films were so popular (particularly in Malayalam) that every week she had a release thus giving tough competition to the top stars of the industry. This film directed by popular Kannada film director Indrajit Lankesh, portrays the hardships of the actress as she had to face lots of criticism, insults and betrayals from her own family members and the film fraternity who were influential in getting her films banned.

Vi Customers Set this song as Callertune by clicking on below link:
https://vicallertunes.in/home 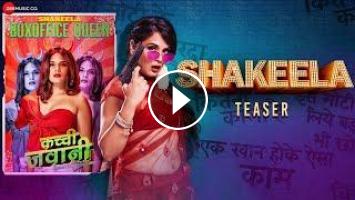 ???????? SUBSCRIBE to Zee Music Company - https://bit.ly/2yPcBkS SHAKEELA is a woman-centric film, inspired on a true story of a well known adult star...