The story of Sanjay Dutt's life is likely to go on the screen and, if all goes well, director Rajkumar Hirani and actor Ranbir Kapoor would come together for the first time to tell the highs and lows in the 54-year-old star's life. The decision was reportedly taken around a week before Sanjay returned to Pune's Yerawada Jail after his parole period ran out.

"Maanyata bhabhi (Sanjay's wife) was keen on a film being made on her husband's life for Sanjay Dutt Productions. But the couple wanted only Rajkumar Hirani to direct the film as Sanju sir has created magic with Raju (Hirani) in Munnabhai M.B.B.S. and Lage Raho Munna Bhai," said a source.

Hirani, it seems, was busy with P.K. and not willing to commit to any other project until he was done with it. Also, the material and the facts regarding Sanjay's life were too vast and controversial. But both Maanyata and Sanjay were adamant.

"Finally, he (Hirani) has said yes to a film on the life of Sanjay Dutt. He will start researching and putting the project together after he completes the post-production of P.K.," the source said.

"Both Maanyata bhabhi and Sanju sir wanted Ranbir to play Sanjay Dutt in Hirani's film. Ranbir is a diehard Sanjay Dutt fan. And he has readily agreed to play the role," the source said.

A convict in the March 1993 Mumbai blasts, Sanjay is currently serving the remainder of his five-year imprisonment at Yerawada since May 2013 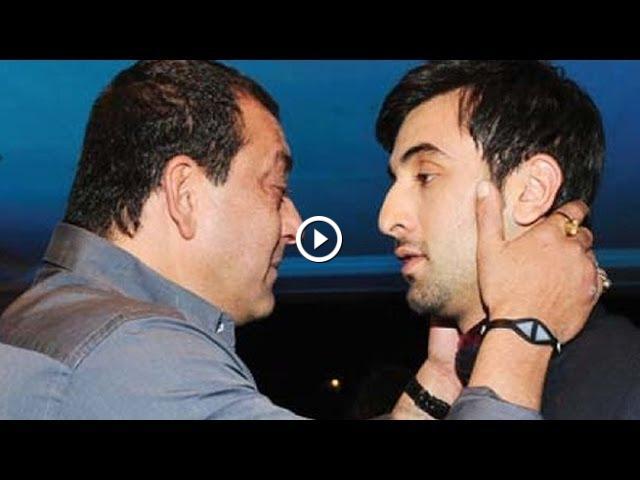 Ranbir Kapoor to play Sanjay Dutt in a biopic by Rajkumar Hirani by The story of Sanjay Dutt's life is likely to go on the screen and, if all goes wel...