When asked by Karan Johar, "Ram Gopal Varma is..." Anurag Kashyap had said, "Ram Gopal Varma was not is!" It seems that RGV has taken this comment to heart and has decided to retort back but in a different way.

Our khabroo informs that RGV is going to make 12 films in 12 months. That means he would be producing a movie per month which is a very difficult task. If sources are to be believed then he has already finished the first two and would start working on the third one in the series.

Talking to a leading daily a source informed, "Ramu has finished shooting two films and he has now started work on his third. The first one is called Pattapagalu (meaning 'In Broad Daylight' in Tamil), and the second one is called Rowdy. The third one goes by the title, Tension."

Although the source denied that RGV is trying to retort to Anurag by making so many films and proving that he is still alive in the film industry. On the contrary the source says that the director wants to celebrate his completion of 25 years in the cinema industry with a filmmaking spree.

Now whether he is retorting to Anurag Kashyap or not we don't know for sure, but after seeing his dud Satya 2 we would pray that he is not taking any revenge. Also, if he is making the films for some sort of commemoration, he should not come up with crappy films like Bhoot Returns and Department and get back to making some more sensible movies like Sarkar and Company. Hai na peeps? 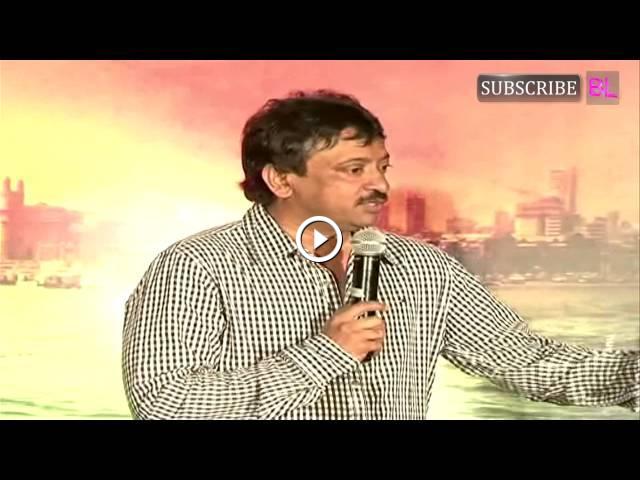