The 2 States heroine seems very involved in her upcoming film

Alia Bhatt who entered the Rs 100 crore club with her last, wants to leave no stone unturned to promote her upcoming Dharma Productions venture Humpty Sharma Ki Dulhania. So, despite a ligament tear she joined her film's hero Varun Dhawan for the movie's promotions. We are sure Ms Bhatt has floored mentor Karan Johar with her thorough professionalism, we're impressed too! Alia hurt her leg during the rehearsals of a song for HSKD, and even after the doctors advised the actor to rest for ten days she refused to stay home. Instead the Highway babe continued to shoot and even went for the patch work of the film. And when we expected her to give the Mumbai metro ride with Varun a miss, she surprised us again by stepping out in a black tee, blue denims and crutches. With Varun by her side, we're sure AB was at ease.

Coming from a producer's family herself, Alia must have realised that her absence would affect the film adversely. And with such a cool attitude, we are certain Ms Bhatt will have producers queuing up to get her on board for their future projects. Wethinks some of the B-town babes can take a cue from this young beauty, right BollywoodLifers 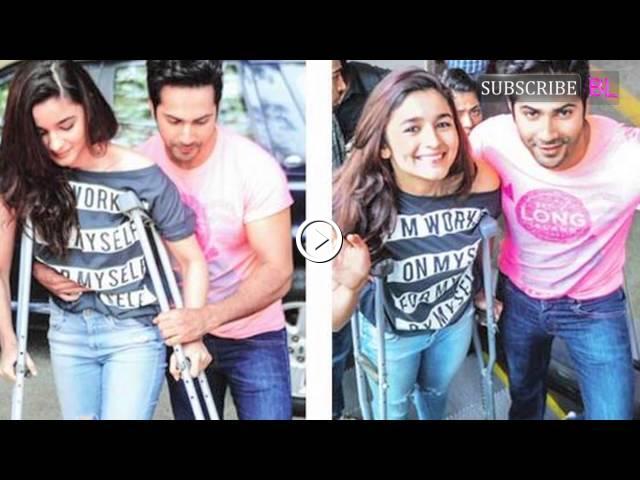