Added 9 months ago by admin
16 Views
Farhad Samji in an exclusive interview with Bollywood Hungama’s Faridoon Shahryar talks about his upcoming films #Housefull4, #Baaghi3, #Sooryavanshi, #CoolieNo1 and #KanchanaRemake. He says that it's refreshing for him to write for #TigerShroff & #VarunDhawan. He talks about the clash between #Inshallah and #Sooryavanshi on Eid, replacing Sajid Khan in #Housefull4, Remaking #CoolieNo1 with #VarunDhawan & #SaraAliKhan. He also talks about #AkshayKumar’s #Housefull4 and says that today different thing works more than a good thing and Housefull 4 has that different thing.He talks about his journey from lyricist to a successful film Director. He says that he calls #SalmanKhan, #AkshayKumar and Rohit Shetty his Tridev. He also tells how he got his first film. He plays a hilarious rapid fire and answers some interesting questions.He further talks about why he discontinued working with Sajid Samji. He also says that he is writing dialogues for Sajid's film which is the sequel to chashme baddor. He also shares his views on Late, Mr.Kader Khan Saab. He says that he is a legend.He answers questions about #ShahRukhKhan, # SalmanKhan, #AjayDevgn and #AkshayKumar. Don’t Miss!
Also, do not forget to subscribe to Bollywood Hungama:
Watch more Exclusive Celebrity Interviews right here
Like Bollywood Hungama on Facebook:
Follow Bollywood Hungama on Twitter:
Circle Bollywood Hungama on G+: 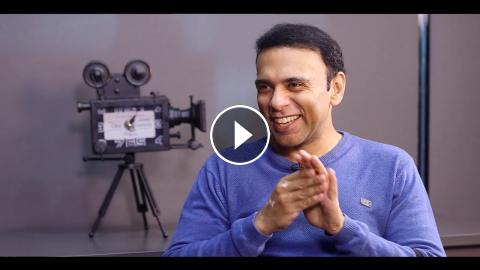