admin
Christie’s specialist Sophia Zhou looks at a group of Classical Chinese paintings from the Chokaido Museum in Japan.
‘Japan has a really long history of collecting Chinese painting,’ explains Chinese paintings specialist Sophia Zhou, introducing a group of Chinese paintings and calligraphy from the Chokaido Museum in Yokkaichi, Mie, about 100 km east of Kyoto in Japan.
The roots of Japan’s visual culture stretch back to China — during the 5th century A.D. Japan inherited China’s system of writing, then in the 6th century Chinese Buddhism and its art reached Japan’s shores.
Over the centuries the influence of Chinese art slowly waned in Japan, but collecting Chinese paintings and calligraphy remained popular, particularly between the 12th and 14th centuries, and then again during the 19th and 20th centuries.
The Chokaido Collection was assembled by a Japanese politician and industrialist named Yamamoto Teijiro (1870-1937), who consulted with numerous scholars and sourced works through collectors whom he visited in Fujian, Hangzhou, Suzhou, Shanghai, Guangdong, Beijing and Shandong. Once made up of around 2,000 Classical Chinese paintings, the collection still houses ‘some of the finest painting and calligraphy today,’ says Zhou.
Find out more:
--
Subscribe to Christie's YouTube:
Sign up to Christie's Weekly:
Follow Christie's on:
Facebook:
Twitter:
Instagram:
Pinterest: 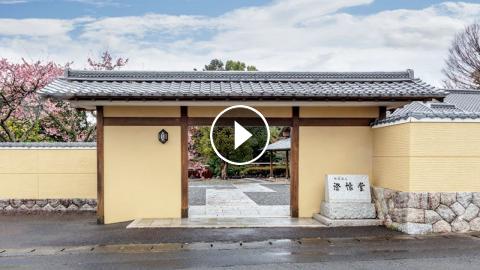 Christie’s specialist Sophia Zhou looks at a group of Classical Chinese paintings from the Chokaido Museum in Japan.‘Japan has a really long history o...