admin
A guide to the pioneering photographer and environmentalist Ansel Adams, forever identified with the majesty of the American West.
Adams, born in 1902, grew up in a house amid the dunes of the Golden Gate — the strait between San Francisco and Marin County — before the famous bridge linking the two headlands was built. The area around San Francisco was still wild then, and he would go on long hikes which helped him escape troubling aspects of his childhood, such as his unhappy schooling and his parents’ financial worries.
From 1916 onwards he also began to visit Yosemite National Park every summer.
‘The splendour of Yosemite burst upon us and it was glorious,’ he would later write. ‘There was light everywhere. A new era began for me.’ He began to translate that light into imagery, with a Kodak Box Brownie camera.
10 things to know about Ansel Adams:
--
Subscribe to Christie's YouTube:
Sign up to Christie's Weekly:
Follow Christie's on:
Facebook:
Twitter:
Instagram:
Pinterest: 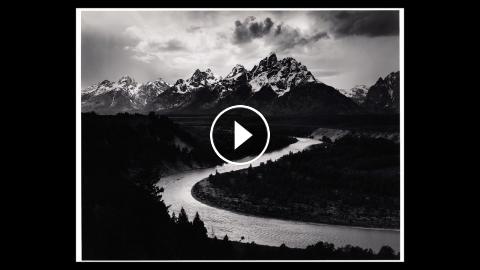 A guide to the pioneering photographer and environmentalist Ansel Adams, forever identified with the majesty of the American West.Adams, born in 1902,...