Josef Sudek: A Photographer Who Devoted His Life to Beauty

admin
Specialist Anne Bracegirdle on the Czech photographer whose focus on the beauty of inanimate objects reveals ‘a true appreciation of being alive’ during turbulent times.
Find out more at
‘Josef Sudek used photography as a way to to explore the world around him, and it was in many ways therapeutic,’ says specialist Anne Bracegirdle, introducing the introspective Czech artist who found solace in still lifes amid wars and political turmoil.
Sudek’s fascination with photography began in his late teens. ‘He began experimenting with box cameras, but was enlisted in the military during World War One,’ the specialist explains. Sudek took his camera with him, producing three series of photographs before a wound to his arm led to the limb being amputated.
In the decades during which Sudek took photographs he returned to the same subjects, forming extensive series that came to be among his most famous works. His own studio was one such inspiration, appearing first in The Window of My Studio (1940-54) and again in The Garden of My Studio (1950-70) and Still Life at the Window of My Studio (1950-58).
‘He was willing to wait for hours in any setting,’ Bracegirdle continues. For a series depicting the interior of St. Vitus Cathedral, he ‘waited for a particular day in a particular month’ to capture the sunlight streaming between stone vaults at a diagonal.
In later years, Sudek took an interest in wide-angle photography, resulting in sweeping shots of the city taken during concentric walks from its centre to its outer edges. The resulting panoramas were collected in the series Prague Panoramic.
‘I appreciate his resilience, his devotion to beauty — to life,’ says the specialist. ‘Even if his city was being ravaged by war, he was still able to focus on beauty… it gave him a sense of true appreciation for being alive.’ That feeling is palpable in his photography. ‘It is, I think, what makes him stand out as one of the best photographers of the 20th century.’

Josef Sudek: A Photographer Who Devoted His Life to Beauty 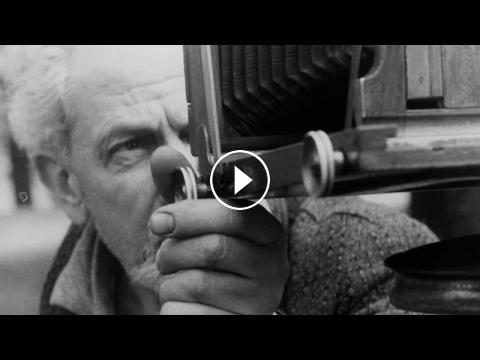 Specialist Anne Bracegirdle on the Czech photographer whose focus on the beauty of inanimate objects reveals ‘a true appreciation of being alive’ duri...