Added 5 years ago by ava
685 Views
Aakrosh is a Hindi action-thriller film directed by Priyadarshan. The film stars Ajay Devgn, Akshaye Khanna, Bipasha Basu, Paresh Rawal, Reema Sen, Urvashi Sharma, Amit Pathak, Vineet Sharma&Sameera Reddy. The movie has been produced by Kumar Mangat Pathak under the banner of Big Screen Entertainer. The soundtrack of the film has been composed by Pritam and the lyricist is Irshad Kamil. Synopsis: When 3 students of Delhi University go missing on their trip to Jhanjhar - a village in Bihar, the media and students body creates a furor as the incident appears to be driven by caste and racial tensions prevalent in the area. Under tremendous pressure, the government sends CBI officers Sidhant Chaturvedi (Akshaye Khanna) and Pratap Kumar (Ajay Devgn) to investigate the matter. However, investigating in Jhanjhar becomes a tough task for these officers who face severe animosity from the local police force, headed by Bhura Ram (Paresh Rawal) and their politically driven parallel body called the Shool Sena. Besides, their contrasting personalities and clashing ideologies create additional problems for the duo. The case goes on to create further mayhem, a victim of the racial/caste conflicts herself and Roshni (Amita Pathak), the daughter of the most powerful and richest person of village that the two officers are able to solve the mystey of the missing students. To watch more full length movies in high quality HQ log onto http://www.youtube.com/shemaroomovies . To receive regular updates on new movies SUBSCRIBE NOW at http://www.youtube.com/subscription_center?add_user=shemaroomovies 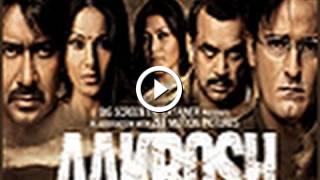