admin
Trailer Of Akshay Kumar-Rajinikanth Starrer 2.0 To Release A Day After Zero's

This week is going to be an absolute treat for cine-buffs, as the trailer of two big-ticket films will be getting unveiled one after the other.

The trailer of Zero will be unveiled tomorrow, on the occasion of Shah Rukh Khan's birthday and the trailer of Rajinikanth-Akshay Kumar starrer 2.0 will be unveiled on November 3. Expectations are high from both the movies however, 2.0 features two heavyweights and we are quite eager to know the plot of this much-talked about sci-fi.


Directed by Shankar, the film is a sequel to 2010 release Robot and Rajinikanth will reprise the roles of Dr. Vaseegaran and Chitti from the original and we hear that Akshay, who has created a lot of buzz with his strange look, is playing a mad scientist. The film also stars Amy Jackson and is slated to release on November 29. 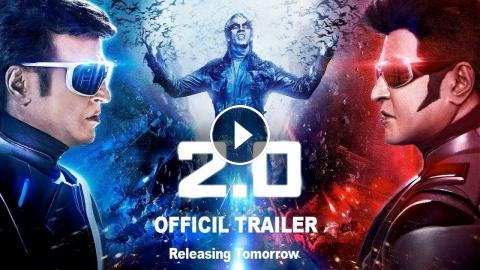 Trailer Of Akshay Kumar-Rajinikanth Starrer 2.0 To Release A Day After Zero'sThis week is going to be an absolute treat for cine-buffs, as the trailer...