Synopsis: The story revolves around a stubborn & hot tempered young man, Deva (Sunny Deol), who ends up in jail after thrashing a man for molesting his sister, Guddi (Richa Behl). Post his release, he is astonished to learn that his family disapproves of him and decides to undertake wrong ways to maintain decorum in his vicinity. Problems escalates, when his brother, Akash (Sachin Khedekar) is killed and he is framed for the murder. Situation worsens, when his sister is found murdered and he is held as the prime suspect. Furious and determined to find the murderers, he takes the Chief Minister as hostage and sets out to unravel the mystery behind his siblings' death. 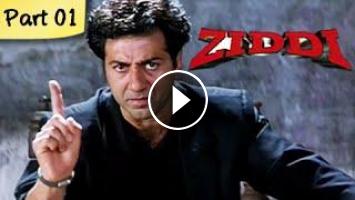