Just last year in September, Rishi Kapoor had returned from his treatment for cancer. He had been stationed abroad for treatment and had been undergoing chemotherapy sessions. His wife, Neetu Kapoor, was beside him all through the process. This year, he was hospitalised twice. once when he was in Delhi attending a family function. At that time, he had revealed that he had an infection. The second time, he was admitted due to viral fever.

Our thoughts and prayers are with his family. He is survived by wife, Neetu Kapoor, son Ranbir Kapoor, daughter Ridhima Kapoor Sahni and the rest of the Kapoor family. 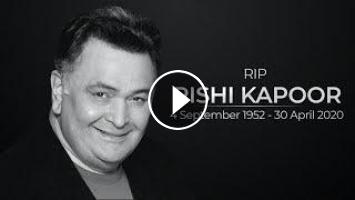