Kajol and Ayan Mukerji were the second pair of cousins to share the famous black couch on Karan Johar's Koffee with Karan. And Kajol, as always was at her chirpiest best on the show. Apart from refusing to accept Armaan Kohli as a part of her family by saying that it's a topic for some other day, Kajol even said that Ranbir Kapoor is a better actor than her favourite co-star Shahrukh Khan. SRK and Kajol's onscreen chemistry and their friendship has always been talked about. In fact, even though Ranveer Singh-Deepika Padukone, Ranbir Kapoor-Deepika Padukone and other such pairs have sizzled onscreen, no one has matched up SRK-Kajol, hai na? So, it was quite surprising when Kajol declared that Ranbir is a better actor than SRK.

Well, what could be the reason that Kajol feels this way? Could it have anything to do with the Son Of Sardaar vs Jab Tak Hai Jaan controversy? In 2012, Shahrukh's JTHJ clashed with Kajol's hubby Ajay Devgn's Son of Sardaar at the box-office. What more, Kajol wasn't invited for SRK's film's premiere. Though Kajol has maintained that her relationship with YRF is cordial, we wonder if there has been a permanent damage to her relationship with Shahrukh. And while Kajol has given her opinion, we doubt many will agree with that, hai na?

Anyways, now that Kajol has declared that the Kapoor lad is a better actor than King Khan, we wonder if she will ever share screen space with the latter. Sigh 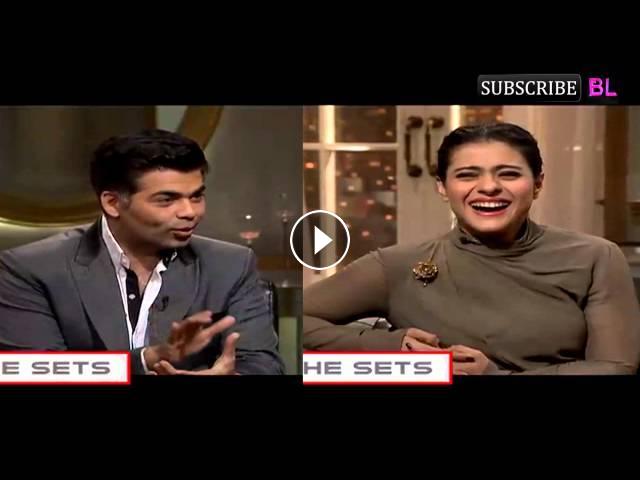 Upset Kajol declares Ranbir Kapoor a better actor than Shahrukh Khan by Kajol and Ayan Mukerji were the second pair of cousins to share the famous bla...