Dharamdev Pishorimal Anand (26 September 1923 – 3 December 2011), known as Dev Anand, was a noted Indian film actor, writer, director, and producer known for his work in Indian cinema. He is considered as one of the greatest and most successful actors in the Indian film industry.
After having played the Lead Actor for more than five decades in over 110 motion pictures, Dev Anand continues to bestride Indian Cinema today. He has given a new dimension to that magical state known as Stardom. And for his exemplary work he was awarded the Padma Bhushan in 2001 by the President of India. From the time he embarked on his career as a Film Actor in the mid-forties till now, his movies has been a journey filled with enriching experiences for the 'Evergreen Living Legend' of Indian Cinema. And he has always remained eternally youthful by his remarkable ability to live always in the present and the future; never in the past.

Dilip Kumar (born Muhammad Yusuf Khan, December 11, 1922) is an Indian film actor, producer, screenwriter, and activist, known for his work in Hindi cinema. Popularly known as The Tragedy King and The First Khan,[1][2] he is credited with bringing realism to film acting since his first film which was released in 1944.
He is the winner of nine Filmfare Awards and is the first recipient of the Filmfare Best Actor Award (1954).Critics have acclaimed him as one of the greatest actors in the history of Indian cinema.[5][6][7] Dilip Kumar had a long relationship with actress Madhubala but never married her. He married actress Saira Bano, who was 22 years younger to him. He currently lives in Bandra, Mumbai with his wife.

Raaj Kumar (8 October 1926 – 3 July 1996), born as Kulbhushan Pandit, was an Indian film actor. He worked as sub-inspector of Mumbai Police in the late 1940s before he turned to acting with the 1952 Hindi film Rangeeli. He appeared in the Oscar-nominated 1957 film Mother India and went on to star in over 70 Hindi films in a career that spanned over four decades.
Raaj Kumar made his acting debut in the 1952 film Rangili and appeared in films like Aabshar, Ghamand and Lakhon Mein Ek, but it was as Prince Naushazad in Sohrab Modi’s Nausherwan-E-Adil (1957) that he became famous. In 1957, he achieved prominence with his brief role as the husband of Nargis in Mother India. He followed this with the unglamorous role of a mill worker in Paigham (1959) alongside Dilip Kumar. In Sridhar’s Dil Ek Mandir (1963), Raaj Kumar played the role of a cancer patient for which he won the Filmfare Award in the Best supporting actor category.[5]He was cast with Sunil Dutt, Shashi Kapoor and Balraj Sahni in Yash Chopra’s family drama Waqt in 1965. [6] He became known for his distinct style of dialogue delivery. 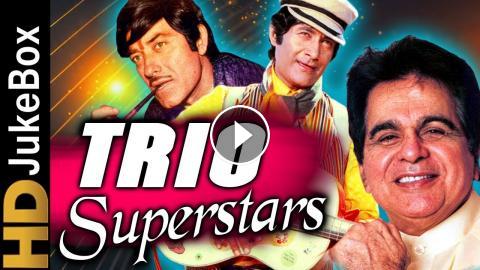