admin
A day ago, a video purportedly showing Rishi Kapoor and Randhir Kapoor assaulting media personnel during their ‘Ganpati’ visarjan went viral and people took to social media to express their outrage at this situation.

However, Rishi finally broke his silence on the subject and said that he never hit anyone, but just threatened with his hands when some people got too close for comfort. Rishi added that he knows how to tackle a crowd and that it is unfortunate that he is being accused of assaulting anyone. The Kapoors were on their way to immerse the family's Ganesh idol, installed at RK Studios at Chembur, in the sea near Shivaji Park in Dadar, when the incident occurred.

This is not the first time that Rishi Kapoor has courted controversy. In the past, he has rubbed many people the wrong way with his tweets and his penchant for being rude to his fans. 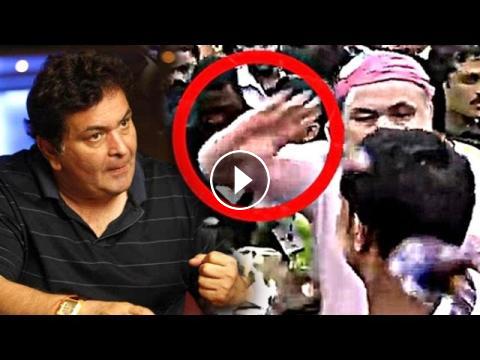 A day ago, a video purportedly showing Rishi Kapoor and Randhir Kapoor assaulting media personnel during their ‘Ganpati’ visarjan went viral and peopl...