A dedicated and hardworking staff member of a top advertising agency, Tamanna Sahni (Shilpa Shetty) attends her college reunion where she meets her college sweetheart Rohit Manchanda (Salman Khan). They rekindle their love for each other and share some intimate moments together. Eventually Rohit leaves and Tamanna settles back into her normal daily routine. As her sister Tanya, has an accident she decides to give her own blood to replace the blood used to save Tanya. However her doctor, Dr. Raisingh (Revathi) tells her that she has been tested HIV positive. Tamanna's world turns upside down and she desperately tries to get in contact with Rohit but in vain. While she is dismissed from her job, she searches for a lawyer to fight her case. Tarun Anand (Abhishek Bachchan) agrees to represent her. Tamanna's fate, trial and tribulations forms the later part of the story. 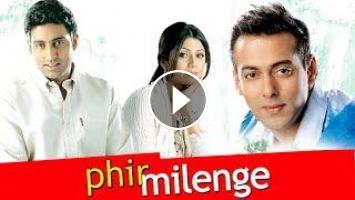