Jaidev (Pawan Kalyan) is an accomplished hitman and the most trusted aide of Bhagavan (Jackie Shroff), who is the supreme don of Kolkata. Jaidev remains loyal to him as he helped in seeking revenge with the people who raped his mother and sister when he came to Kolkata in his childhood after his father's death. They share a business rivalry with Kulkarni (Atul Kulkarni), who aims to overthrow Bhagavan. Things are smooth until Bhagwan’s son Munna (Adivi Sesh) returns to India. He is a psychotic and highly impulsive youngster. He has his eyes on club dancer Jahnavi (Anjali Lavania), but she rejects him as she adores Jaidev.

Jaidev meanwhile comes across Sandhya (Sarah-Jane Dias), who is a soft-spoken environmentalist and tree lover. A mutual admiration for each other leads to a romantic involvement between the two. Munna meanwhile, continues to go crazy about Jahnavi and a tragedy ensues.

Sabhapathi (Paruchuri Venkateswara Rao) works for Bhagavan. Munna mistreats Sabhapathi, but Bhagavan doesn't care. Sabhapathi joins Kulkarni's gang to protect himself. Jaidev kidnaps Sampath's (Sampath Raj) son. Munna kills Sampath's son due to laughter over Jahnavi loving Jaidev. Munna confronts Jahnavi at Jaidev's flat. Munna brutally murders her. Jaidev kills Munna by throwing him from his flat. This scene is seen by Guravayya (Tanikella Bharani), an associate of Bhagavan who is an informer to Kulkarni. He reports this to Bhagavan to get rid of Jaidev.

Jaidev is forced to decide whether to retaliate or leave Kolkata completely. He chooses to leave out of loyalty to Bhagavan and heads to Palasa, the village of Sandhya where Sandhya's brother Ashok (Subbaraju) is a valiant and kind-hearted cop. He comes across S. I. Paparayudu (Brahmanandam), and he solves the problems of the village by cleverly using Paparayudu. Jaidev cannot hide the truth from Sandhya anymore. Jaidev tells Sandhya about his life in Kolkata. Jaidev tells Sandhya that he made it look like that Paparayudu solved the problems of village. Since Jaidev told the truth, Sandhya still loves him.

On the other hand, Bhagavan cannot rest until he seeks out Jaidev for revenge. Firstly, Bhagavan kills Chotu (Ali), Jaidev's best friend and associate. Meanwhile, Sandhya gets kidnapped and taken to Kolkata. In a fit of rage at losing Chotu and Sandhya, Jaidev returns to Kolkata and starts hunting his rivals. He goes to Kulkarni's house with heavy ammunition and kills everyone except Kulkarni, as Jaidev promised him that he would not kill him. Kulkarni dies in his attempt to kill Jaidev. Later, Jaidev kills Guruvayya, as he gets information that Guruvayya was responsible for this saga. At last, Jaidev reaches Bhagavan, who actually kidnapped Sandhya. Although Jaidev tells Bhagavan that Munna killed Jahnavi, Bhagavan still believes that Jaidev should not have murdered Munna. After an emotional sequence, Jaidev shoots Bhagavan in his chest as Bhagavan shoots Sandhya. Sandhya survives, but Bhagavan dies. Jaidev unites with Sandhya, and they both start a new and happy life. 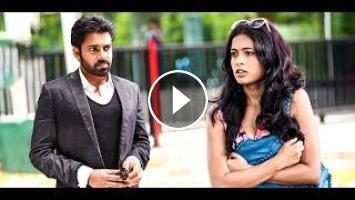