Sunny Deol is launching his son, Karan Deol with his upcoming directorial venture Pal Pal Dil Ke Paas and the teaser trailer of the movie was unveiled today.

The film promises to be a GenNext love story and more than the actors, the teaser focuses on the beautiful landscapse. One sees snow laden mountains ranges and pristine lakes.

Sunny is also launching Sahher Bambba with the film and it seems that the lead pair is playing adventure freaks as we see them indulging in various adventure sports and also camping near the mighty Himalayas.

The pairing is fresh however, we can’t say much about the newbies’ acting skills right now, as their work hasn’t been displayed yet. The film is being produced by Dharmedra and the film is a visual spectacle. The Deols have left no stone unturned to make it a dream debut for their ladla Karan.

Speaking on the film, director Sunny Deol shares, “It is a very emotional moment for me to see my son Karan make his debut on the big screen. I hope the audience appreciates him and showers the same kind of love that they have given me for so many years.”

Shariq Patel, CEO, Zee Studios adds, “We are excited to introduce two new stars in Karan and Sahher—whose hard work and dedication will show on the big screen. I am sure they will be welcomed and appreciated as they take audiences on an adventurous, romantic journey of first love. Sunny Deol has presented a vision of love which is intimate yet mounted on a huge scale.”

The film will hit the theaters on September 20. 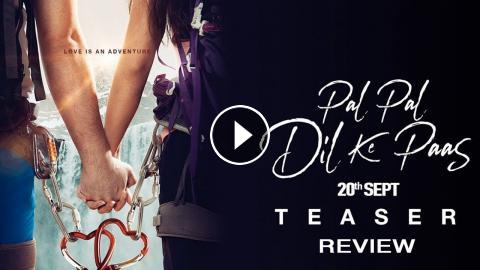