Presenting the lyric video of the hit song “Nikamma”, starring Shilpa Shetty, Abhimanyu Dassani. The track is sung by Javed – Mohsin, Dev Negi, Payal Dev, Deane Sequeira, composed by Javed – Mohsin and written by Danish Sabri and Sanjay Chhel. “Nikamma” is a recreation of the OG “Nikamma Kiya Is Dil Ne” starring Tusshar Kapoor and Esha Deol, sung by Shaan and Sanjivani, composed by Himesh Reshammiya and written by Sanjay Chhel. What is your favorite lyric? Let us know in the comments! 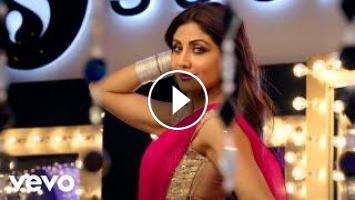