admin
Young and attractive Niloufer is swept off her feet when foreign returned business magnate, Wasim Ahmed, proposes to her, and she accepts. She is flattered by the attention and love that is showered upon her by Wasim, and things could not be better. But when Wasim decides to spend more and more time at work, is unable to keep appointments with her, and is always late, she get disappointed. Wasim is unable to even recollect their first wedding anniversary on October 18th, and is very late for the party later that day. Quarrels and arguments result, and Wasim divorces her by saying "Talaq" three times. A heartbroken Niloufer leaves his house, goes to stay in a Girls' Hostel, meets with an newspaper editor, Afaque Siddiqui, and gets married. It is during their marriage ceremony that Wasim makes his first appearance. For he is convinced that Niloufer still loves him, and will eventually divorce Afaque, and re-marry him. He is aware that according to the Shaririat and Islamic Law a Muslim woman can be divorced, but cannot be re-married to him unless and until she has married another male, and is divorced by him by his own free will. But as things stand, Afaque is head over heels in love with Niloufer, and there is no likelihood that he will even consider giving her a divorce under any circumstance - unless and until he finds out that she having an open affair with her ex-husband.
SUBSCRIBE for the best Bollywood videos, movies, and scenes, all in ONE channel
Like, Comment and Share with your friends and family. Watch more Bollywood videos and movies starring your favourite celebrities like Amitabh Bachchan, Raj Kapoor, Dharmendra, Zeenat Aman, Vidya Balan, Govinda, Salman Khan and many more, only on
Facebook -
Twitter -
Google+ -
Pinterest -
SUBSCRIBE for the best Bollywood videos, movies and scenes, all in ONE channel .
Sign up for Free and get daily updates on New Videos, exclusive Web Shows, contests & much more
Send us your feedback and suggestions at : [email protected] 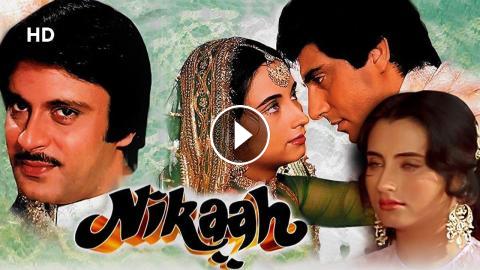 Young and attractive Niloufer is swept off her feet when foreign returned business magnate, Wasim Ahmed, proposes to her, and she accepts. She is flat...