ava
Here’s presenting the official trailer of Lashtam Pashtam, Late Om Puri’s last complete film.
Lashtam Pashtam is a drama based in Dubai and explores the bond of friendship between two boys – an Indian and a Pakistani – who are doubles partners in Tennis.
Starring Om Puri, Dolly Ahluwalia, Tisca Chopra, Priyanshu Chatterjee, Samar Vermani, Vibhav Roy, Ishita Dutta and Feryna Wazheir, the story attempts to break the stereotype that people in both countries grow up with - our neighbour is our enemy.
BROTHERS BEYOND BORDERS
Produced by Manav Bhalla and Gheorghe Seran, and Directed by Manav Bhalla, Lashtam Pashtam releases in cinemas on 10th August, 2018.
Music on Zee Music Company
Connect with us on :
Twitter -
Facebook -
YouTube - 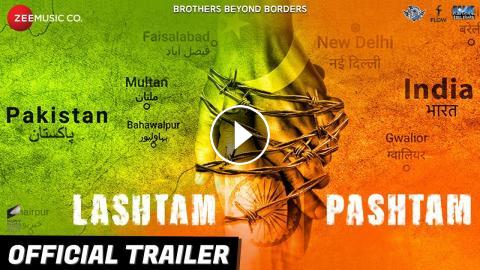