admin
A song for all the hopeless romantics! Listen to ‘Laapata’ full song audio NOW.
Watch Full Movie on:
► Google Play -
► iTunes -
Song Credits:
Song: Laapata
Singers: KK, Palak Muchhal
Music: Sohail Sen
Lyrics: Anvita Dutt
Enjoy & stay connected with us!
► Subscribe to YRF
► Like us on Facebook
► Follow us on Twitter
► Follow us on Instagram
Movie Credits:
Starring: Salman Khan, Katrina Kaif, Girish Karnad, Ranveer Shorey & Roshan Seth
Director: Kabir Khan
Producer: Aditya Chopra
Screenplay & Dialogues: Kabir Khan and Neelesh Misra
Story: Aditya Chopra
Music: Sohail Sen & Sajid - Wajid
Lyrics: Kausar Munir, Neelesh Misra, Anvita Dutt
Release Date: 15 August 2012
Synopsis:
In the dark world of intelligence and espionage... all information is guarded in the name of national security... But some stories escape the fiercely guarded classified files... stories that become legends.
This is one such story... a story that shook the very foundation of this dark world.
In a government employees’ neighbourhood in New Delhi, there lived a rugged, handsome and mysterious bachelor about whom his neighbours knew nothing. That was because he was India’s top spy, an officer with the Research and Analysis Wing (RAW), India’s external intelligence agency. This man was known even in official corridors as TIGER (Salman Khan).
Tiger is sent on a relatively easy and safe mission to Dublin, Ireland to observe a scientist of Indian origin who is suspected of sharing his research findings with the Pakistan defence establishment. Tiger attempts to meet the scientist but is not successful. He tries to befriend the scientist’s part time home caretaker, Zoya (Katrina Kaif). As Tiger begins to get closer to Zoya... he begins to discover his human side.
For the first time in his life Tiger falls in love...
What follows is a tumultuous journey that Tiger and Zoya embark upon, battling the dark world of intelligence and espionage that forbids its soldiers from falling in love.. 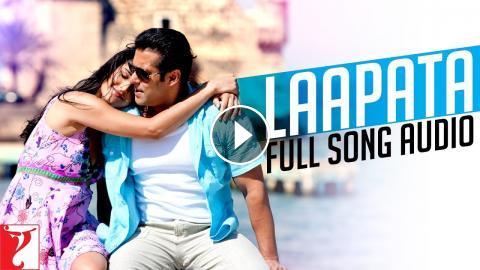