admin
Kunal Khemu returns with the adult-comedy, Guddu Ki Gun, which has been directed by Shantanu Ray Chibber and Sheershak Anand. Kunal’s role is that of a Bihari washing powder salesman living in Calcutta. The trio in this interview with Komal Nahta on ETC Bollywood Business talks about how the story came to be and how Kunal was convinced to do the film. Kunal Khemu reveals that he had initially refused to work on this film; however, he changed his mind once he read the script and also got support from his wife and actress, Soha Ali Khan. The makers of the film have attempted that the trailer should not look offensive as people may not watch the film at all. They have planned a special screening for women so that women can vote in favor of the film. They also go on to add that girls' reactions were much better than boys' as this is a never-seen-before adult comedy in Bollywood and is an original script and not inspired by Hollywood or World Cinema.
Komal Nahta shares his experience of the special screenings that were held before this for the controversial Dalal starring Mithun Chakraborty. Guddu Ki Gun was in discussion by the Censor Board for a long time and after a prolonged debate about the film, the makers were advised self-censorship wherein they could edit out certain parts, and bleep the cuss words. They were eventually happy that the theme was understood by the members of the Censor Board and hence given a certificate. Both Shantanu Ray Chibber and Sheershak Anand believe that Guddu Ki Gun will change the way adult films are looked at in India because the content hasn't been experimented with apart from the usual. Kunal Khemu is excited for the film, and believes that it will have a repeat value as the audience will find it very funny and will want to come back to watch the film. Guddu Ki Gun releases on October 30, 2015.
About the Show: ETC Bollywood Business covers the latest developments in the film industry including new releases, box-office collections, the emerging trends, future forecasts, reigning formulas, reviews, previews, trade speculations, behind the scene action, film verdicts, interviews with the biggest stars of Bollywood and much more.
Watch ETC Bollywood Business, Monday to Friday, 8.30 PM & 11.00 PM
Stay updated, stay filmy! Click here for more:
Available on:
Dish TV - 665 ; Airtel - 384 & all other leading cable networks
Like Us here:
Follow Us here: 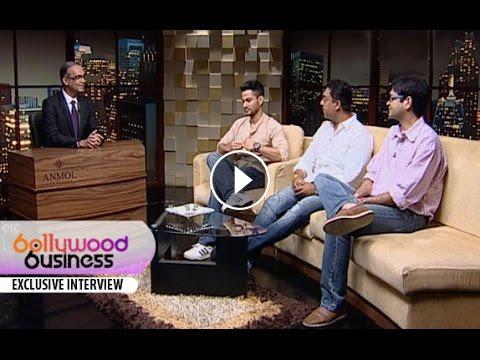 Kunal Khemu returns with the adult-comedy, Guddu Ki Gun, which has been directed by Shantanu Ray Chibber and Sheershak Anand. Kunal’s role is that of ...