A young man with a vendetta against a business tycoon, Sahil (FAISAL QURESHI) lives with his mother Mumtaz (ZQ) in poverty and is in love with the daughter of a Senior Government Official named Nageen (SUNITA MARSHAL).
Since childhood, he had seen miseries, poverty and society never accepted him and his mother as one of them, as his father left them in grief and disposal of societal judgments. But Sahil’s mother bought him up to be very a strong, confident and educated person.
His proposal is rejected due to his financial status and weak family background. Heartbroken he is devastated by another incident, the death of his mother. Mumtaz died the night after telling his son that his father isn’t dead and that he is the wealthy business mogul the famous Altamash Behram. Sahil filled with rage and anger swears on his mother’s dead body that he’ll not rest until he has taken the revenge of all the misdeeds done against his mother and to him.
Will he be able to take down on the Altamash Empire? Will there be any peace for Sahil? Would he find solace on his path of destruction?
Written by: Imran Ali Safir 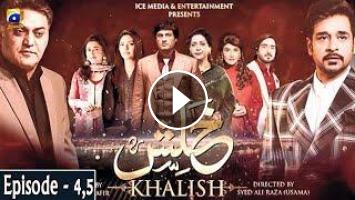 Subscribe to our channel so you never miss any of your favorite dramas https://bit.ly/30JSSPr A young man with a vendetta against a business tycoon, S...