admin
Director Subhash Sehgal, who is credited with making Pyaar Koi Khel Nahin starring Sunny Deol, Apoorva Agnihotri and Mahima Chowdhry is making his directorial comeback after 16 years with this week's release, Yaara Silly Silly.
The film is a relationship-based film that as the director puts it, is a love story born in bed since the central character is a sex-worker, played by Paoli Dam. The film's genre is that of a mature relationship. The title of this new film has been taken from the song in Lekin, Yaara Sili Sili written by Gulzar Sahab, who Subhash Sehgal has had a long association with. He has also worked on films like Ijaazat.
The music of the film has been given by Ankit Tiwari, who is credited with singing the beautiful songs like Sunn Raha Hai Na Tu and Galliyan. The lyrics of the songs have been penned by Sandeep Nath, who the director sees Gulzar Sahab in for the depth he possesses. Watch the complete interview featuring director Subhash Sehgal, the producer, lyricist and female lead singer of the film.
About the Show: ETC Bollywood Business covers the latest developments in the film industry including new releases, box-office collections, the emerging trends, future forecasts, reigning formulas, reviews, previews, trade speculations, behind the scene action, film verdicts, interviews with the biggest stars of Bollywood and much more.
Watch ETC Bollywood Business, Monday to Friday, 8.30 PM & 11.00 PM
Stay updated, stay filmy! Click here for more:
Available on:
Dish TV - 665 ; Airtel - 384 & all other leading cable networks
Like Us here:
Follow Us here: 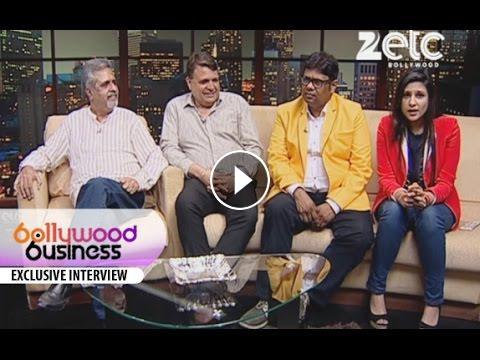