admin
Internet trolls went on an overdrive after Anup Jalota came out with his relationship with his 28-year-old protégé, Jasleen Matharu on Bigg Boss 12. In fact, the duo acknowledged their relationship for the first on the reality show and Jasleen’s dad also got to know about them after they announced it on Bigg Boss and it left him quite shocked.

Commenting on their relationship, Jasleen’s father Kesar Matharu said that the news was a shocker for him however, he doesn’t want to comment on his daughter’s personal choice. He said that he will talk to her about it, after she comes of the show and for now, he wants her to stay positive.

He is not affected by the online bashing and feels that his daughter has not done anything wrong. He said that Jasleen is a trained and an established singer and as they come from a reputed familly, his daughter hasn’t got into this relationship for cheap publicity. 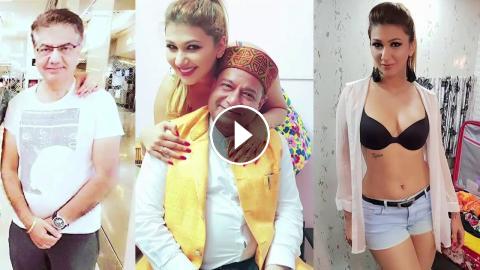 Internet trolls went on an overdrive after Anup Jalota came out with his relationship with his 28-year-old protégé, Jasleen Matharu on Bigg Boss 12. I...