admin
For all those hopelessly in love, being romantic just got a new twist! Here’s a Dubstep version of ‘Gulabi’!
Created & Edited by: Arif Ahmed (A-QUBE)
Remix by: Zoheb Khan (Audioqube)
Release Date: 6 September 2013
► Buy from iTunes -
Watch Full Movie:
► Google Play -
► YouTube -
► iTunes -
► Facebook -
Set Songs as your Caller Tune (India only):
► Tere Mere Beech Mein -
► Gulabi -
► Chanchal Mann Ati Random -
► Shuddh Desi Romance -
Enjoy & stay connected with us!
► Subscribe to YRF
► Like us on Facebook
► Follow us on Twitter
► Circle us on G+
► Follow us on Instagram
Starring: Rishi Kapoor,Sushant Singh Rajput, Parineeti Chopra & Vaani Kapoor
Directed by: Maneesh Sharma
Produced by: Aditya Chopra
Story, Screenplay, Dialogues & Lyrics: Jaideep Sahni
Music & Background Score: Sachin - Jigar
Shuddh Desi Romance is the journey of three restless young people who junk the society's syllabus for finding love and decide to follow their heart.
Raghu (Sushant Singh Rajput), a tourist guide in Jaipur, wants a love in his life, and that's it. The rest he's going to figure out along the way.
Gayatri (Parineeti Chopra), a part-time instructor in an English speaking institute, has been around the block a few times and knows the scene, warts and all.
Tara (Vaani Kapoor), who's dying to get out there and fly, knows what's right for her, but a little experimenting never hurt anybody, did it?
When their lives crisscross, their beliefs get challenged, and their loves, tested.

We all want it all...the love, the attraction, the relationship, the commitment.
But when we get it, it may not be in the way we recognise.
From the director of Band Baaja Baaraat and the writer of Chak De! India, comes a very real love story about the hair raising minefield between love, attraction and commitment.
Shuddh Desi Romance: a romantic comedy which tells it like it is; and like it isn't. 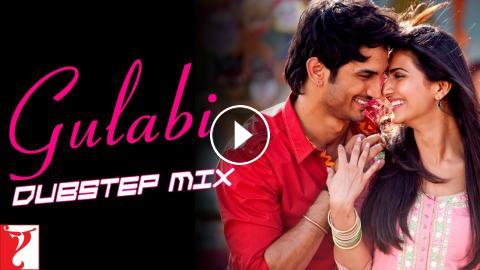 For all those hopelessly in love, being romantic just got a new twist! Here’s a Dubstep version of ‘Gulabi’!Created & Edited by: Arif Ahmed (A-QUBE)Re...