New subscribers get a 30 day trial!

Azeem Banatwalla's second stand-up special is a wickedly dark show that taps into the inner, evil voice in the back of all our heads, and uses it to solve the biggest problems plaguing the country – stupidity, moral policing, racism, indoctrination, overpopulation, Kashmir, the government, and of course, Pigeons. There’s also a joke about Salman if that’s what you’re into. Nobody’s judging you. 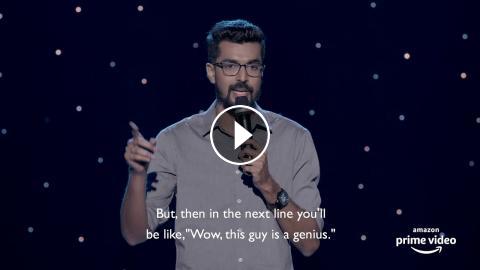 Azeem Banatwalla's new special "Problems" is now live on Amazon Prime Video! Watch it now at https://bit.ly/2ChazYRNew subscribers get a 30 ...