Added 2 weeks ago by admin
9 Views
Circa British Rule in India is the tale of two Delhi families, that of Nawab Badruddin and Gulshan Rai. The two families are so close that they virtually share the same house. The Nawab's daughter, Husn Bano, has an affair with a young man named Hamid, & gets pregnant. When the Nawab attempts to arrange her marriage with Hamid, he finds that Hamid has disappeared. Amrit Rai and his wife Savitri assist Husn with the birth of a baby boy, Dilip, and even adopt him and give him their family name. Young Dilip is a cute young child, the apple of the Badruddin and the Rai households. Husn then gets married to another young man, Javed, and moves to another location. In the meantime, while participating in a protest to force the British to leave India, the Nawab gets killed. Years later, Husn Bano and Javed return to a warm welcome by the Rai family. Then she meets Dilip - not the Dilip she had left behind - this Dilip is fascist, a Muslim-hater, who has joined forces with other extremists, in order to force Muslims to leave India, and even go to the extent of burning buildings and killing them. How can Husn and Dilip adapt to each other with so much hate and distrust between them.
SUBSCRIBE for the best Bollywood videos and movies all in ONE channel
Like, Comment and Share with your friends and family. Watch more Bollywood videos and movies starring your favourite celebrities like Amitabh Bachchan, Raj Kapoor, Dharmendra, Zeenat Aman, Vidya Balan, Govinda, Salman Khan and many more, only on
Facebook -
Twitter -
Google+ -
Pinterest -
SUBSCRIBE for the best Bollywood videos, movies and scenes, all in ONE channel .
Sign up for Free and get daily updates on New Videos, exclusive Web Shows, contests & much more
Send us your feedback and suggestions at : [email protected] 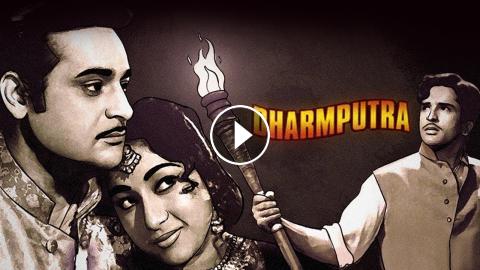 Circa British Rule in India is the tale of two Delhi families, that of Nawab Badruddin and Gulshan Rai. The two families are so close that they virtua...