admin
► Release Date: 27 October 2000
► Buy from iTunes -
Watch Full Movie on:
► Google Play -
► YouTube -
► iTunes -
Starring: Amitabh Bachchan, Shah Rukh Khan, Aishwarya Rai, Uday Chopra, Jugal Hansraj, Jimmy Shergill, Shamita Shetty, Kim Sharma, Preeti Jhangiani
Lyrics: Anand Bakshi
Music: Jatin-Lalit
Produced By: Yash Chopra
Directed By: Aditya Chopra
► Subscribe us
► Like us on Facebook
► Follow us on Twitter
► Circle us on YRF G+
► Follow us on Instagram
► Follow us on Pinterest
National Award winner, Yash Chopra and Aditya Chopra’s MOHABBATEIN is a film that portrays the battle between love and fear... A battle between two stubborn men and their opposing beliefs.
Raj Aryan (Shahrukh Khan), who stands for love, he would go to any lengths for it.
Narayan Shankar (Amitabh Bachchan - voted the Millennium star in the BBC polls) a strict disciplinarian as the head of India’s most prestigious educational institute who stands for fear, he believes that love leads to pain and weakness.
It is also the story of 3 young men and women who have to learn to follow their hearts against all the odds and the outcome of their love stories that will decide what will finally triumph love or fear. 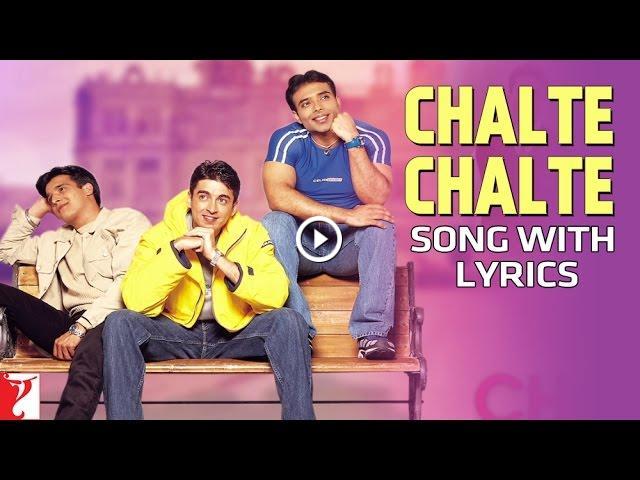