Parveen Babi (4 April 1949 – 20 January 2005) was an Indian film actress, model, and an interior designer. She is most remembered for her appearances in popular commercial films and playing mostly glamorous roles alongside top heroes of the 1970s and early 1980s.
Regarded as one of the most glamorous actresses in the history of Hindi Cinema, Parveen Babi was one of the highest paid actresses of her time. She was active between 1973-1990.

Smita Patil (17 October 1955 – 13 December 1986) was an Indian actress of film, television and theatre. Regarded among the finest stage and film actresses of her times, Patil appeared in over 80 Hindi and Marathi films in a career that spanned just over a decade.[6] During her career, she received two National Film Awards and a Filmfare Award. She was the recipient of the Padma Shri, India's fourth-highest civilian honour in 1985.

Sridevi Kapoor (born Shree Amma Yanger Ayyapan; 13 August 1963 – 24 February 2018) was an Indian actress and producer, who worked in Tamil, Hindi, Telugu, Malayalam and Kannada films. Regarded as the "first female superstar" of Indian cinema, she was the recipient of various accolades, including the National Film Award, the Nandi Award, the Tamil Nadu State Film Award, the Kerala State Film Award, three Filmfare Awards and three Filmfare Awards South. In a career that spanned five decades, she was known for her portrayals of women in challenging situations, and she has appeared in a range of genres, from slapstick comedy to epic dramas. Sridevi ranked as the highest-paid woman in the Indian entertainment industry in the 1980s and 1990s and is widely regarded as one of the greatest and most influential actresses in the history of Indian cinema. 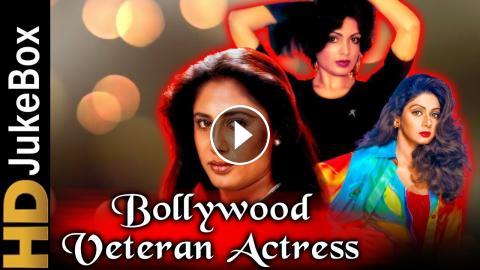