admin
Pakistan and Bangladesh lock horns in a must-win match of Asia Cup T20 2016 on Wednesday at Mirpur. Nothing but a win will keep both the sides alive for the place in the final of the tournament. Having played three matches so far, Bangladesh have won two of those, on the other hand, Pakistan have one win from the two matches in this tournament. After losing to India in their opening match, Pakistan bounced back against United Arab Emirates with a seven-wicket victory. Bangladesh also played their first match against India, losing the contest by 45 runs.
However, the hosts who are expected to dominate at home went on to win their next matches which were against the likes of UAE and Sri Lanka. Batting first, Sri Lanka restricted the hosts at 147 for 7 before managing only 128 in their 20 overs. That match demonstrated that Bangladesh are clearly the second strongest team in this tournament after MS Dhoni and Co.
However, Bangladesh will not choose to underestimate the men in green, especially after the fight Pakistan showed against their arch rivals India. Although they were bowled out for an embarrassing total of 83, Mohammad Aamer’s spell for once brought back Pakistan in that match after he had sent back the likes of Rohit Sharma, Ajinkya Rahane and Suresh Raina back to the pavilion with only eight runs on board.
Meanwhile, Bangladesh will be boosted with the return of their opening batsman Tamin Iqbal, who had missed out the opening two matches due to birth of his first child. He will replace fast bowler Mustafizur Rahman in the squad, who suffered a side strain during Bangladesh’s victory over Sri Lanka. Tamim is expected to return to his opening spot and is most likely to be partnered by Imrul Kayes.
This will be Bangladesh’s last match in the Robin round, while Pakistan will still have another fixture which is against Sri Lanka. The team that finishes on the losing side will have no shot for the final of Asia Cup T20 2016. 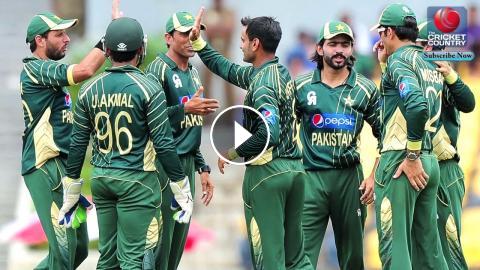 Pakistan and Bangladesh lock horns in a must-win match of Asia Cup T20 2016 on Wednesday at Mirpur. Nothing but a win will keep both the sides alive f...