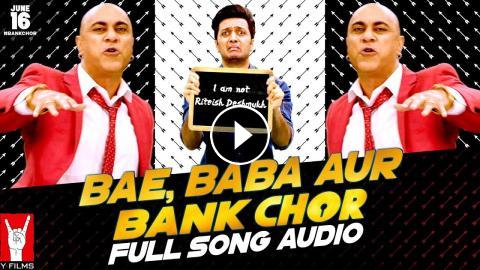 When India's maddest rapper Baba Sehgal joins the craziest Bank Chor & his bae, you get the maddest rap song ever. Listen to the full song audio of 'B...