admin
The trailer of Tiger Shroff starrer Baaghi 2 released a few days ago, and it has been trending on number one since then. The trailer is high on action and also has an element of thrill to it.

The trailer shows Tiger’s character looking for his ex-girlfriend’s daughter, who is missing however, there’s strong evidence that suggest that the daughter never existed. The trailer has the audiences wondering if Disha Patani’s character’s daughter is real or just a figment of her imagination and we have the answer.

So, the story goes like this, the hero meets his ex-lover, who is now married to someone else, and she tells him that her daughter is missing and he starts looking for her but much to his shock everyone tells him that there never was a daughter.

Then it is revealed that his ex-flame was attacked by goons outside a school, post which she went into coma. However, once she recovered she started telling everyone that she had a daughter.

He confronts her but she commits suicide. He continues his investigation only to discover that she actually had a daughter and that his former lover’s husband wanted to kill their daughter, as he was sterile and thus, she couldn’t have been his daughter. Our hero then realizes that the 5-year-old is actually his daughter, as he had made love with his girlfriend before he left the country and she got married soon after.

Now, now, before you accuse us of leaking the whole story, let us tell you that the film is the official remake of Telugu film, Kshanam and this is its summary. The makers of Baaghi 2 might have changed the movie a bit to suit the sensibilities of the Hindi-speaking audience but the trailer makes us believe that it will be very similar to the original. Of course, since it stars Tiger in the lead role, there’s action galore in the Hindi remake.

Directed by Ahmed Khan, Baaghi 2 stars Disha Patani, Manoj Bajpayee, Randeep Hooda and Prateik in the lead roles and is slated to release on March 30. 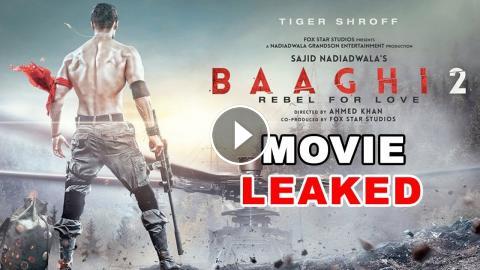 The trailer of Tiger Shroff starrer Baaghi 2 released a few days ago, and it has been trending on number one since then. The trailer is high on action...