The story is about a Rajastani business family named Khandelwal. Avni, the daughter of the Kandewals, falls in love with Raj, who is an assistant of Avni's father Suket. Avni's eldest brother Akshat (a successful businessman like his father) entered his lover's picture into the group of photos selected by his mother Bhavana for making Akshat's wedding, convincing the family that his marriage was arranged. But before their wedding, Avni found the truth that Akshat and Arpita were lovers, but she chose not to expose him. Raj also helped them with the marriage, because Raj was Arpita's Rakhi brother. After her brother's marriage, Avni and Raj become closer, but she does not accept this because her family would disapprove. After many problems, the family agreed to let them marry. Later Avni and Raj found that Avni's mother (whose real name was Sangeeta) and Raj's father were lovers. Sangeeta's family never accepted this and they killed the whole family of Purohit (Raj's father). In reality, the death of Purohit' family was a game of Virat (Raj's maternal uncle)to avenge Sangeeta for slapping him. To keep his secret, Virat killed Avni's brother Abhas. Avni and Raj expose Virat's crime in front of the family, and they send Virat to jail. Afterwards, the two families live happily. 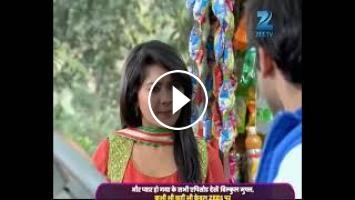